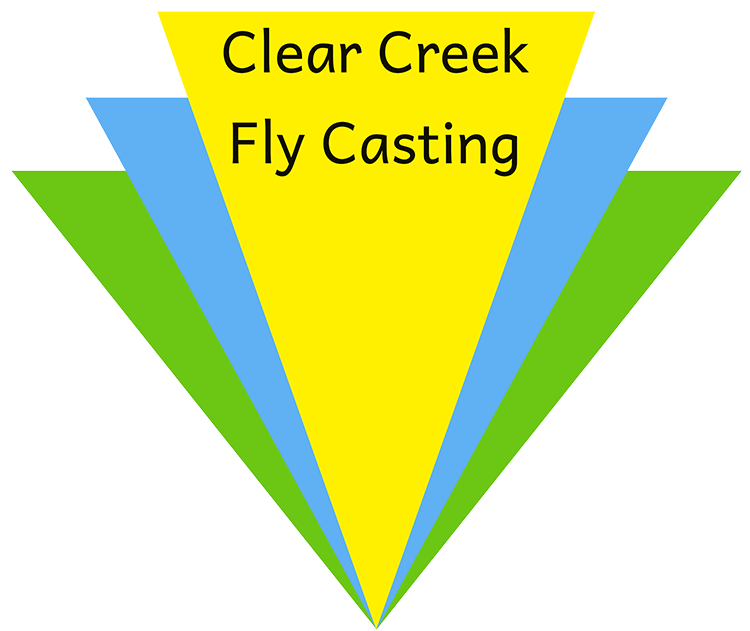 Some of the best fishing of the season is upon us, in my opinion! Hope you’re getting out there. I never get to fish as much as I’d like, but do any of us? I hope you find this edition of the newsletter helpful: one of the most common casting problems is addressed. It’s not just a beginner issue, as it often affects clients who have been fishing for years. It is often responsible for leaders that don’t straighten and casts that don’t go the distance.

Speaking of casting, you may be fishing more streamers in the coming months. In the Ask the Instructor section there are some tips for casting those heavy bugs. Some, I have found, dislike streamer fishing simply because they don’t understand how to adjust their cast.

January 5-7, 2018: The Fly Fishing Show at the Denver Merchandise Mart: Free casting consultations and free beginner casting lessons will be offered at the Fly Fishers International booth each day at the show. I and a group of other certified casting instructors will be there.

Create your own event: Put together a presentation or clinic for your group! It can be a fishing group or a group of interested people that don’t fish yet! I can help you tailor instruction to your group’s needs. Contact jonathan@clearcreekflycasting.com.

There have been a few responses to the incentive for questions for Ask the Instructor! The offer still stands! From now on, if you submit a question or suggestion, I’ll give you $5 of lesson time. These are cumulative: if you submit 3 questions or suggestions, you have $15 of lesson time. That would bring the cost of a one hour lesson down to $35! You can use them for yourself or give them to someone that you think needs it. (Be diplomatic!)

Send your questions or suggestions to jonathan@clearcreekflycasting.com

OVERUSE OF THE WRIST: THE EFFECT AND HOW TO CORRECT IT

This is the problem that nearly every casting instructor will identify as the most common problem amongst clients. Why does it happen, why is it a problem and what’s the solution? Read on!

Why does it happen?

Why is it a problem?

Let’s start with the rod movement that forms a good cast or loop. Simply stated this is smooth acceleration through an appropriate size casting arc to an abrupt stop. This will create the desired straight line path of the rod tip. Now let’s consider how uncontrolled wrist movement affects each of these.

Appropriate size casting arc or angle through which the rod moves:

You can’t fix what you can’t see!

You will have to practice!

(Please note: there is a method of instruction that calls for a controlled wrist movement called a “Power Snap” as popularized by Joan Wulff. I have yet to find a student who likes this technique when given a choice between the above method and the power snap. I’ve essentially stopped teaching it. It is not wrong, just a different style. It requires the caster to take the uncontrolled wrist and control it while integrating the movement into the casting stroke. I find it too much for most at the beginning level as well as some intermediates.)

Do this and you are well on your way to correcting the problem. One lesson with me will help if you can’t get it fixed. It’s important enough to get this that investing in yourself with a lesson will be worth it. Besides, we will likely have time to address other problems!

Casting streamers can feel like a chore or even downright scary. There are 4 things to recommend: roll cast a deeply sunk fly to the surface before picking up, open up your loop, slow down the cast, and consider using a Belgian cast.

When the fly is down deep, strip back till the head of the line is at the rod tip. Then roll cast the fly to the surface and immediately make a back cast or start the Belgian cast as described below. Otherwise, the fly will leave the water as if launched from a catapult and be difficult to control.

Opening up the loop keeps the weighted fly further away from the bottom leg of the loop, and also keeps it further away from you! More importantly, it reduces the uncomfortable excessive tug (I call it the “clunk”) that occurs when the leader straightens. Often the mass of the streamer pulls the leader out straight and causes recoil and slack. When this happens on the back cast, pulling the slack out can suddenly put excessive bend in the rod and cause a tailing loop.

The extra mass of the streamer allows one to slow the cast down. One simply doesn’t need as much speed. For you math and science folks, Force=Mass X Acceleration. (F = m X a) If there is greater mass, one doesn’t need as much acceleration (final speed) to get to the amount of force needed. For you non-technical folks, think about putting a ping pong ball v. a tennis ball on the end of a string.

The Belgian cast is simply one where the back cast doesn’t stop and the line swings around under constant tension. The “clunk” or tug mentioned above will not occur, and therefore recoil and slack will not happen. I’ve taken to using this cast frequently for heavy streamers and even sinking lines.

I can form good loops at 35 ft., but what do I change when I make longer casts?

Four things must change when we try to cast longer bits of line. Casting arc size, stroke length, force applied and length of the pause must all increase.

Casting arc refers to the angular distance (measured in degrees) the rod moves through. This arc or angle must increase slightly as line length increases. One can judge the casting arc size needed by what the loop looks like---keep it 2-4 ft. top to bottom leg.

Stroke length is the linear distance the hand moves (measured in inches) during the casting stroke. The movement helps pull all the line (including any slack) under even tension and speed. There is a point at which pure rotation of the rod doesn’t work anymore to get adequate line speed. The longer the amount of line past the rod tip, the more stroke length is needed.

Increasing applied force seems obvious but most apply more force than necessary. When going from 35 ft. to 40 ft. only a little bit of extra force is needed.

The pause length must increase simply because it takes more time for a longer line to straighten. Not waiting long enough often causes an audible “whip crack” effect as the undiminished force of the back cast is added to forward force and the end of the leader snaps. The fly is often lost. Waiting too long allows too much slack in the system requiring extra force and stroke length to pull out.

Looking for past newsletters? Here you go: